After my rope flow tutorial a few weeks back, the guys at Octomoves were kind enough to send me one of theirs to try out. I’ve been using it ever since and have had a few questions about it, so I thought I’d put together a short review of the Octomoves Phoenix rope.

Rope training has become an important part of my movement practice over the past few months. During the short time I’ve been playing with it, I’ve noticed a number of potential benefits – improved thoracic mobility, enhanced coordination, mindfulness, cardiovascular fitness…

And on top of those, it turns out that hurling a rope around and pretending you’re some sort of Jedi knight / David (from David and Goliath) hybrid is a fun way to spend an hour or so.

Up until the past few weeks, I’d been learning the ropes by alternating between an old skipping rope and a heavy-ass homemade version. That was until I made the rope flow training tutorial, and the guys at Octomoves reached out and kindly sent me one of theirs.

I’ve since been using the Octomoves Phoenix, so I thought I’d share some of my initial thoughts on the rope, and compare it to my heavy DIY version.

Want your own Octorope? Visit Octomoves.com* for 10% off any of their ropes (code applied at checkout). They also have some great free video tutorials that I highly recommend checking out.

*Affiliate link, meaning I get a commission on any sales made through the link (at no extra cost to you)

As I unveiled my new Octorope from its neatly packaged box, one of the first things I noticed (aside from the badass red colour) was that the Phoenix is considerably thinner than my homemade version.

You can see from the images below that the weaving of the rope is much tighter than my black rope, resulting in a higher density. As well as impacting performance (more on that soon) I feel like this may also make the Phoenix more durable and less prone to fraying.

You can also see that the ends of the ropes Phoenix have been heat-treated and well-sealed, which is good news. One problem I had early on with my homemade rope was that the ends began to unravel quite easily. I’ve added tape, but it’s not a long-lasting solution.

All in all, my first impression is that the Phoenix a well-made bit of kit!

From the first swing, I can tell that the Phoenix is a fair bit lighter than my original heavy rope, weighing in at 480 grams versus 700+ grams.

You may be mistaken in thinking that the heavier the rope, the better, but that’s not necessarily the case:

Because the Phoenix is thinner and lighter (but still fairly weighty compared to a standard jump rope) it improves upon all of the above.
It’s more intuitive to flow with, feeling less restrictive and clunky. I’ve also found it easier to pick up new skills and refine the ones I learned previously with the heavier rope. Michaela has also been learning the basics over the past week, and commented that the Phoenix had a ‘whippier’ feel to it, and flowed through the air much more smoothly.

All in all, rolling with the Phoenix is a much more comfortable, enjoyable experience.

While I’m not completely disregarding my heavier homemade rope as a training tool, I’ve enjoyed using the Phoenix. I’ll occasionally add in some heavier rope work for more muscular endurance and power endurance based work.
The Phoenix gets the perfect balance between being weighty enough to have a training effect, but still streamlined enough to feel smooth when flowing.
And because I’m not getting fatigued as quickly with the Phoenix, I’m finding it easier to refine the rope skills and to get into a meditative, flow state when practicing.

Overall, it’s made it a much more enjoyable, sustainable practice, and I’m looking forward to learning more from it, long into the future.

Begin your own rope training journey by visiting Octomoves.com* to get 10% off (code applied at checkout)..

Have a question about this article or something you’d like us to cover in the future?

Take the next step on your hero's journey 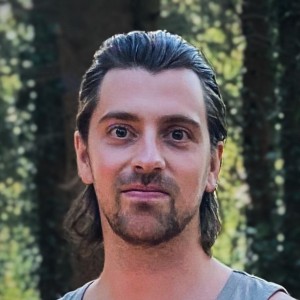 PrevPreviousHip Mobility Routine for Beginners
NextThe Hero Roundup: May 2020Next